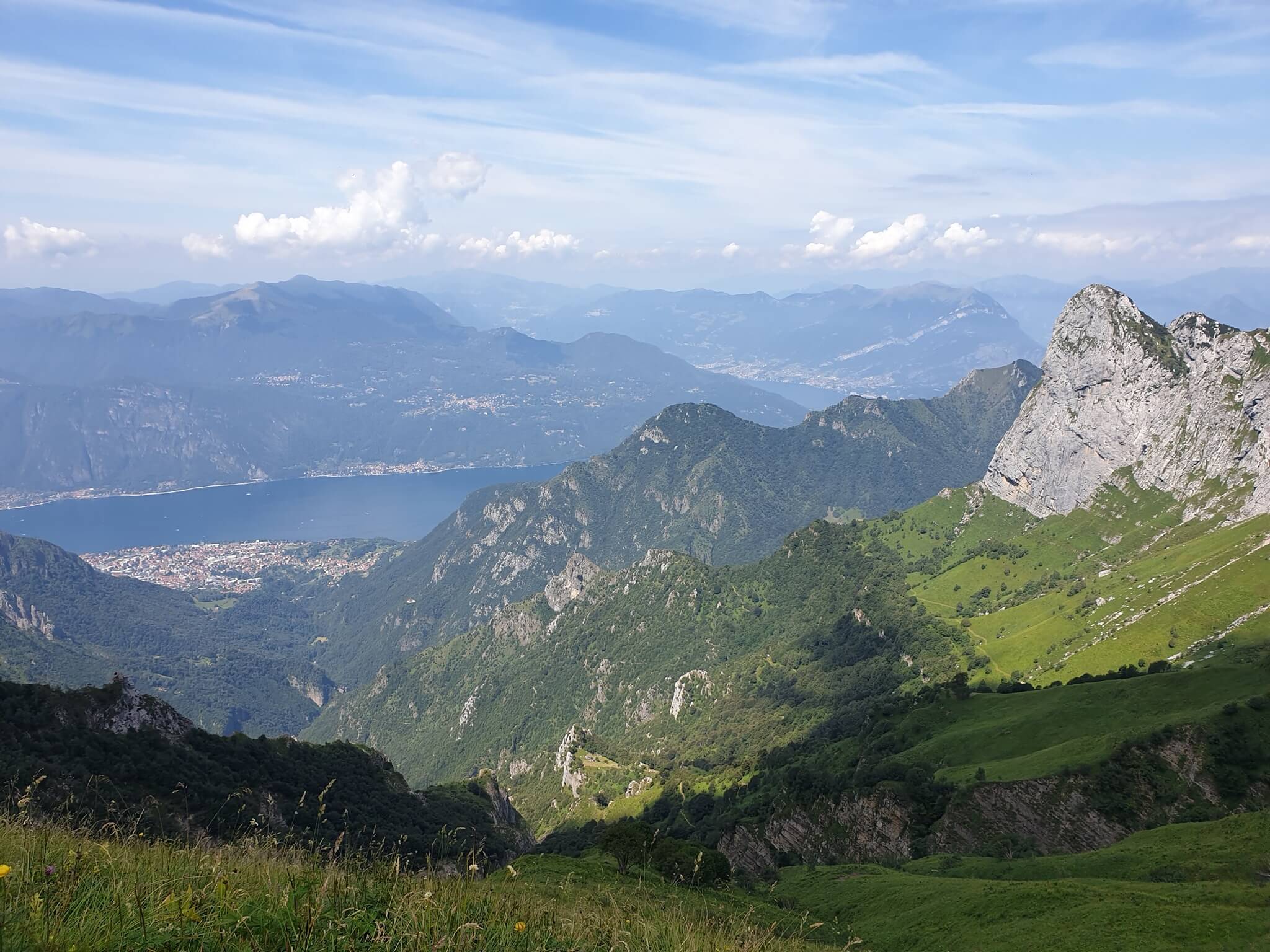 A long time ago, nearby Lake Como, lived a warrior as pretty, as ruthless. One day, a brave and valiant knight saw her walking, in all her shining and proud majesty; and he couldn’t do anything but desperately fall in love with that woman.

The knight couldn’t live without that marvelous and haughty creature, who bewitched him with her beauty and stole his soul; that is why he wanted to reach her, offering her his heart.

While on the road, the man was more and more determined to conquer her love: if he couldn’t, he would have preferred to die rather than a life without her.

So, he reached a hill where there was the lady’s castle: unfortunately, she saw him arriving and, when he went down the street to the fortress, she ordered a sentinel to kill him.

And so, it was…the poor lover fell, killed by the sentinel’s arrow.

God, after seeing what occurred, turned the cruel woman into a mountain (which was given the name of Grignone), and the sentinel into another mountain, Grignetta.

Despite everything, Grigna lovers keep to being attracted by the beautiful warrior, and, in order to escape from the cruel fate she could reserve them, the climbers cross themselves before leaving for an excursion on the top.