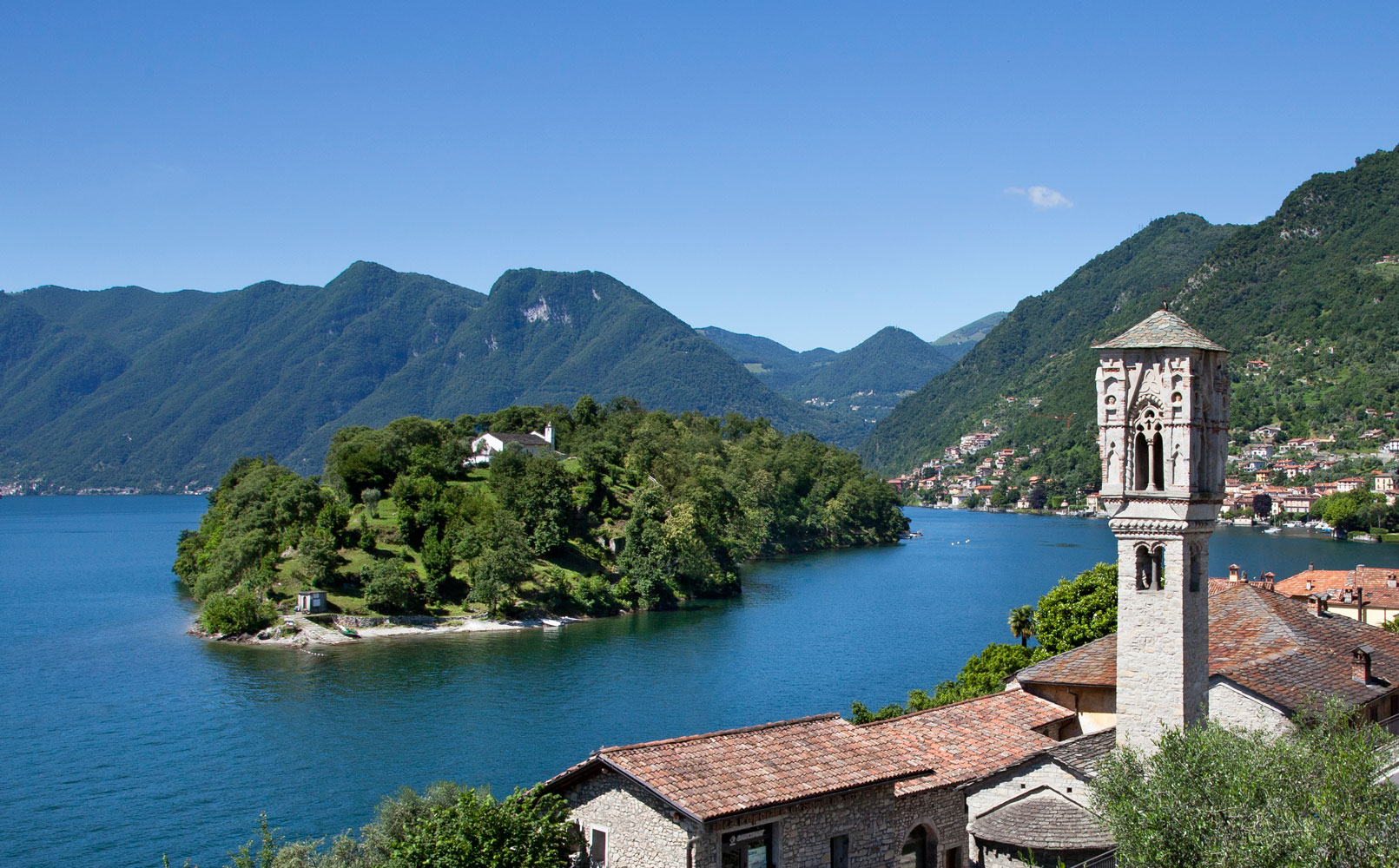 A BIT OF HISTORY…

Isola Comacina, the only island of Lake Como, has a glorious past. In 569 the Langobards crossed the Alps and quickly seized northern Italy…except for the richer part of Como and bordering towns, which, leaded by the general Francione, gathered on the island with their treasures. In a short time, houses, churches and fortifications rose on the tiny island, which took the name of Cristopolis (“the city of God”), since per a legend, a British priest carried the Holy Grail there.

In the Middle Ages, the island started to play an important role in politics and economics and in 1100 it started to entertain friendly relations with Milan. When in 1118 exploded the ten-years’ war between Como and Milan, the island allied with Milan and Como was defeated. It was 1127.

Thanks to the emperor Federico Barbarossa, Como rose again and in 1169, at St. John’s night, the warriors invaded the island, making devastations and carnages…the fortifications were destroyed and the churches, except for one, were razed to the ground. But that’s not all…the alliance with Milan was a serious crime: to pile it on, Vidulfo, the Bishop of Como excommunicated the island and in 1175 the Barbarossa forbade to rebuilt fortifications, houses and churches with a decree.

Obviously, since that moment on, nobody more inhabited the island because of the curse…until it was rediscovered in the 20th century. In 1914, indeed, the owner decided to bequeath the island to the king of Belgium, who in 1920 gave the it to the Italian state to transform it in a resting place for Italian and Belgian artists.

So, the island passed to the responsibility of Accademia di Brera (Brera Academy), which was appointed to preserve the archeological allure and the landscape’s charm. That is why, with the aim to making the island a community for artists, Pietro Lingeri (one of the main Rationalism exponent) built in 1939 three houses for artists, in Rationalism style.

SAGRA DI SAN GIOVANNI, ONE OF THE MOST EVOCATIVE AND ANCIENT EVENT.

The Sagra di San Giovanni is among the most evocative and ancient folkloristic events of Lake Como. It dates to 1600, when it was celebrated for the first time to keep alive the faith and the memory of the inhabitants.

Per a legend, in 1435 St. John appeared to a shepherd, inviting him to dig under a walnut…it was so, the ruins of the ancient Basilica di San Giovanni arose! The basilica was rebuilt and, since that moment on, on 23rd June (St. John’s birth) the terrible matters are celebrated with a solemn procession.

Some centuries later, on 22nd June, the houses and water in front of the island started to be enlighten by small lights (called lumaghitt) obtained, until 1960s, from snails’ shells. The aim was to remember the island’s blaze.

Starting from 1950s, a wonderful firework show was added to this celebration, as symbolic blaze of the island.